The last year and a half has been a very busy time. The IM project formally ended at the end of March 2017, and in the last few months of the project we organised an event to share and discuss our findings with stakeholders from the third and public sector, and a photo exhibition open to the general public.

Ideas for future work that emerged in consultation with practitioners were developed in the new project ‘Engaging with LGBT and migrant equality’ (May 2017-March 2018), produced two educational resources to be used in ESOL and youth groups/community settings.

In chronological order, here is an account of what we have been up to.

In December 2016, we published the final project report, which outlines the key findings of the project. The report was launched at an event held in Edinburgh on 8 December 2016. The event was an opportunity to share key research findings with practitioners and policymakers from the third and public sector, and to engage them in a discussion about strategies for more inclusive practice and areas that would benefit from further research or development of practice or policy-related initiatives.

The event was introduced by Trevor Owen, Policy Officer from the Scottish Government ‘s Equality and Diversity Unit, and attended by participants from a wide range of organisations, including Police Scotland, LGBT Youth Scotland, LGBT Health and Wellbeing, Stonewall Scotland, Glasgow Women’s Library, Respekt – Safer Families, West of Scotland Regional Equality Council, Fife Centre for Equalities, Waverley Care, S-X, Feniks, and Stirling City Council. We also invited the LGBT migrants who took part in the project to come to the event and contribute to the discussion, and three of them attended.

We had a very engaged and productive discussion on the day, focused on what is already being done in practitioners’ sphere of work; what could be improved, changed or introduced; and what recommendations they would make to improve practice and policy beyond their own area of work. The discussion fed into a series of recommendations for future work, published as an appendix to the final project report. An additional section of the report about aspects of LGBT migrants’ life priot to migration, is also available as an appendix here.

To mark the end of the project and to celebrate LGBT History Month, we organized a photo exhibition at Hillhead Library from 14 to 27 February 2017. 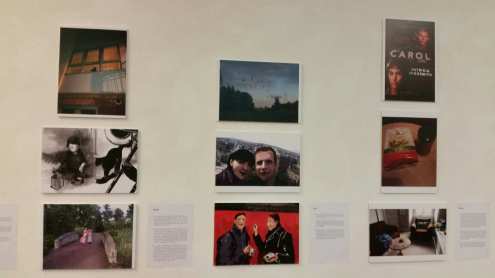 This exhibition was entitled ‘Home is where the heart is: LGBT migrants in Scotland’ and displayed photographs loosely inspired by the theme of home and reflections on what makes a place ‘home’. It was based on material collected for the IM project, during which our research participants were invited to keep a photo diary and were subsequently interviewed on the meanings they associated to the pictures. With the consent of our participants, the material was adapted for the exhibition. To protect their anonymity and the privacy of their families and friends, some of the pictures were turned into drawings by Jenny Speirs, who did a fantastic job working as an illustrator on the project. 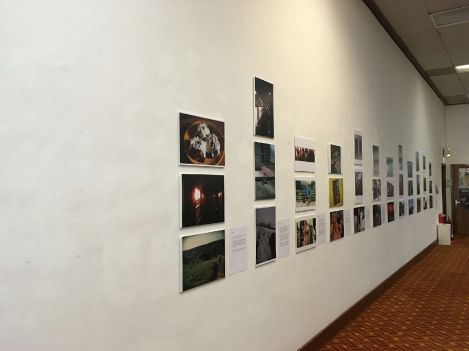 We had a launch event which was open to the public and to which all our research participants were invited on 16 February. The event was introduced by Jamie Valentine, chair of OurStory Scotland. Five of our participants, whose photographs were exhibited, contributed to the event by reading out passages from their interviews in which they spoke about home in their own languages. We had contributions in Belorussian, Bulgarian, Polish and Russian which were translated into English for the audience. The event was attended by over 50 people; it was a great way to catch up with people who had been involved in the project and to launch the exhibition.

Some of the ideas and recommendations arising from engagement with non-academic stakeholders were developed in a new project, funded by the ESRC Impact Acceleration Account. The project builds on long-term collaborations with former members of the IM Project Advisory Group and involves collaborating with an ESOL/TESOL practitioner, Jennifer MacDougall, and the equality organisation West of Scotland Regional Equality Council; the project is additionally supported by Education Scotland and by LGBT Youth Scotland.

Consultation events highlighted the need for training material focussed on personal experiences of prejudice and discrimination, and promoting a critical engagement with issues of LGBT and migrant equalities (and with equality and diversity in general) in a variety of educational settings. The project has produced two educational resources, one designed for the ESOL classroom and one intended for youth and community groups. The toolkits are partly based on research material collected for the IM project and aim to provide material and ideas to facilitate an exploration of LGBT and migrant equalities in different educational contexts.

The resources are free to download and can be found at the links below:

We are currently organising an event to share ideas and experiences of how to use the resource. The event will be held in Glasgow on 30 April and will be of interest to ESOL practitioners and those involved in ESOL provision; frontline services working with youth groups and in community or informal education settings; and practitioners working on staff training within both frontline and second tier organisations. Attendance is free but registration is essential, you can register here